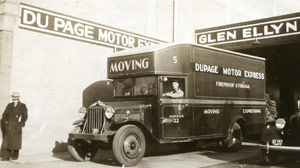 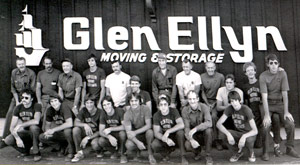 Joe’s son David became president in 1962 and quickly changed the company’s emphasis to moving. He is credited with taking Glen Ellyn Storage from its debuting position with Mayflower Transit as one of the lowest ranking agents to transforming it to one of the strongest agents in the van line, often winning the number one position. Under David’s leadership, Glen Ellyn Storage grew not only in size but in reputation. Glen Ellyn Storage began to win awards with Mayflower Transit. Located on Duane Street in downtown Glen Ellyn, the small suburban company made its presence known not only within Mayflowers’ nationwide system but in the local community as well. David joined his employees and their families in community service projects, parades and company functions. David was elected to the Board of the American Mover’s Conference and became President of Mayflower’s Warehousemen’s Association. 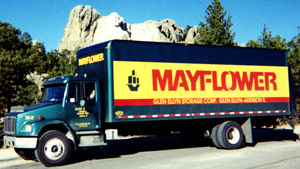 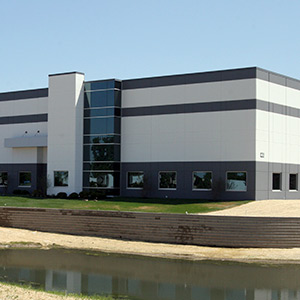 In 1996, David Hennicke sold Glen Ellyn Storage to Larry Smith the General Manger of the company. Larry had worked for Glen Ellyn Storage since the age of sixteen as a mover and a salesperson before becoming General Manager. His mother, Glenda Beck, was one of the three original employees of Glen Ellyn Storage. As president of the company, Larry purchased additional agencies in Chicago and Plainfield. He also acquired Adco United in Barrington. In 2002, the company’s quality in handling household goods both domestically and internationally earned awards such as the Customer Choice Award. This award is given to Mayflower Agents who receive high ratings on the post move surveys sent to customers allowing them to rank an agency’s quality. Glen Ellyn Storage also won the President’s Choice Award; this award is given by the President of Mayflower choosing the best Mayflower agent out of 600 agents in the Mayflower Agent family.